As a brand you can take advantage of all that shared knowledge and, most importantly, the users’ creativity. But, of course, you always need to respect them and the copyright legislation.

So, why not turn all social conversation about your brand… into content? Here are some examples of user-generated content campaigns. I hope they inspire you!

Want to see an unconditional bet on user-generated content? Visit Donettes’ website and be delighted: at the home page you won’t find any regular content by the company (you know, Buy Donettes, they are delicious blah blah blah). You’ll only see tweets, photos, posts and a few videos. Every piece of content is generated on social media by the brand, by influencers such the YouTuber Rush Smith and, most importantly, by users talking about their experience with Donettes. 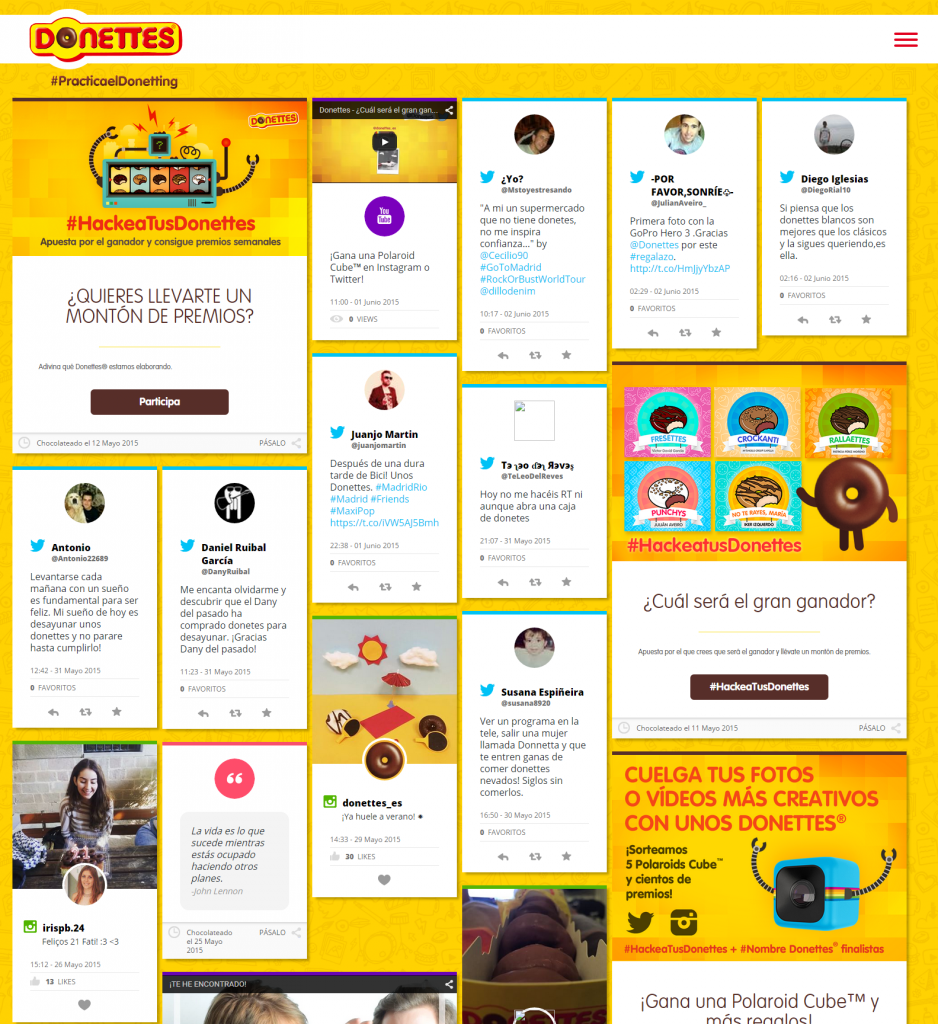 Amazing, isn’t it? But, careful. It is a risky option, only available for well-known brands with a big community that will talk about them. If your brand is a local stationery shop or a logistic software company, it might be harder. Don’t lose faith: there are other ways. Keep reading!

By and for the product: GoPro

People who own a GoPro camera can get really annoying with their videos cycling at the mountain, practising super cool adventure sports, running marathons and such things that we, the simple mortals, don’t usually do.

What is GoPro’s position towards this? Obviously they encourage their followers to generate more and more content. So that they use their cameras and complements, of course, but also to nurture the brand’s digital networks. Take a look at their Instagram account, which has more than 5 million followers. You think all these videos and photos are produced by the brands’ marketing area? No way. Thus, GoPro make it really easy for you to share your material: they even have a microsite just for that https://es.gopro.com/submit/ 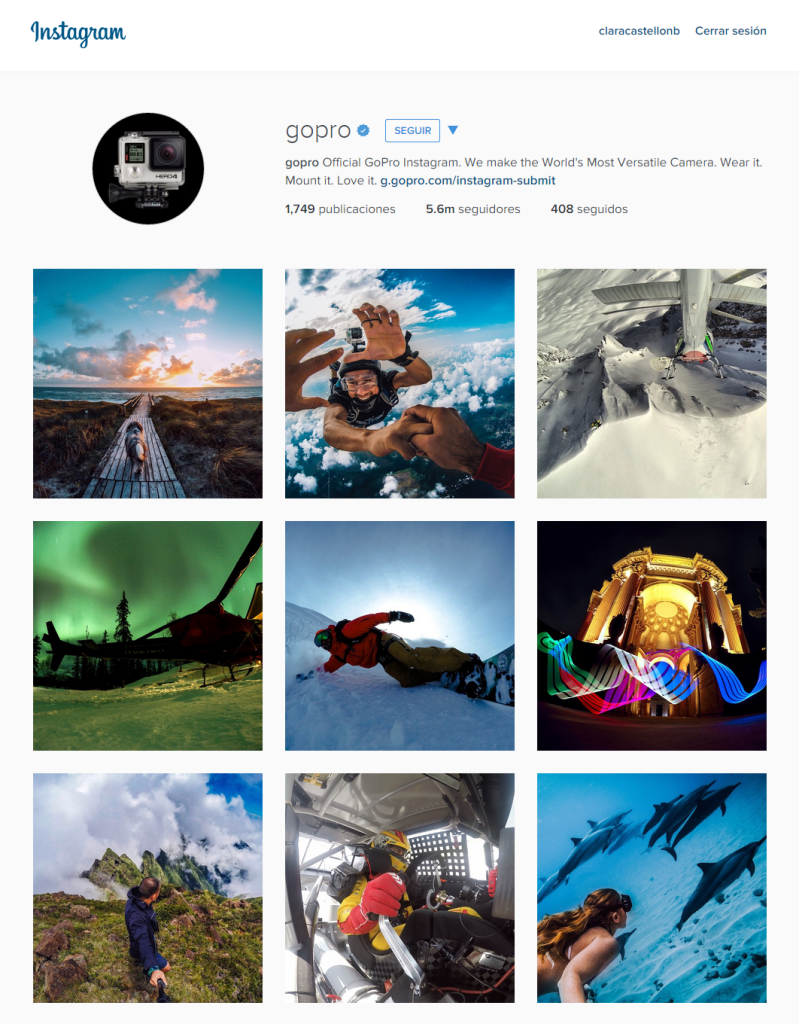 The Whole Foods Market, an ecologic food chain, has an astonishingly delicious Pinterest account; that’s why they have more than 250.000 followers. How have they managed to get such amount of fans? Thanks to an amazing taste when selecting pins and boards but also because of a great Pinterest tool: group boards.

The brand has allied with some of their favourite users to create even more inspiring boards, such this one about Delicious Art. 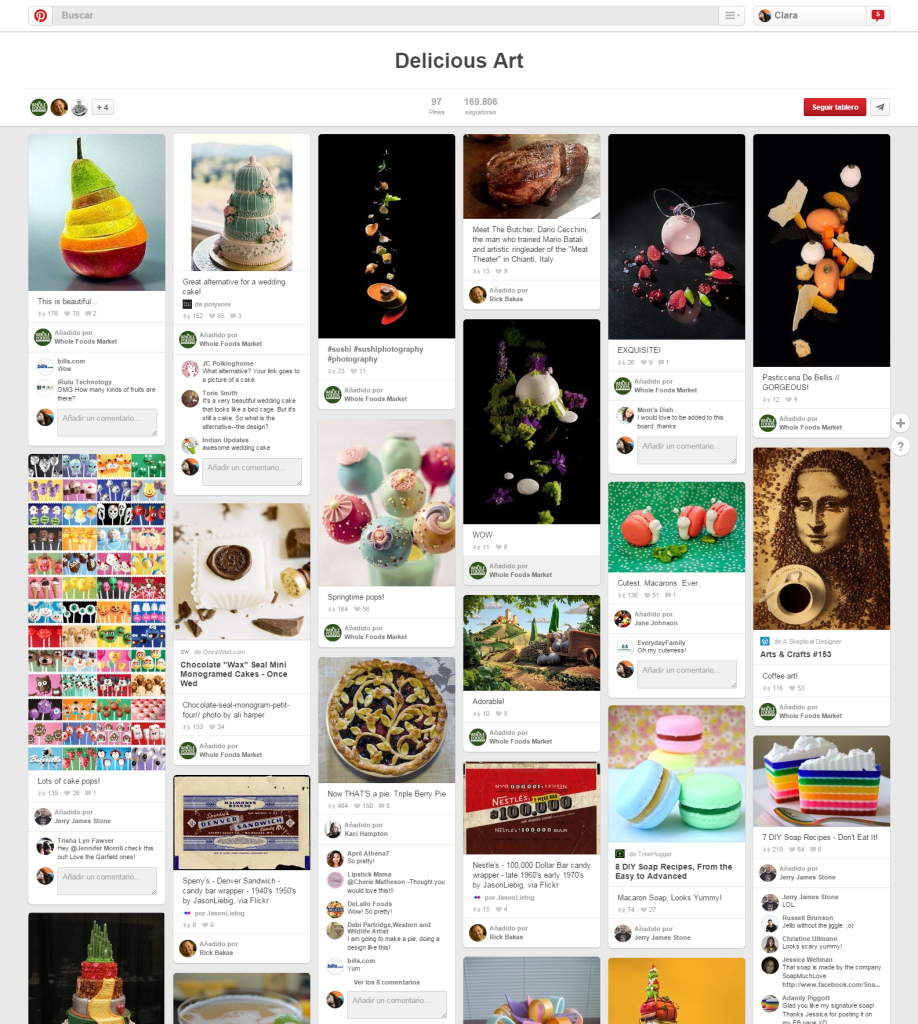 Why don’t you find your best users and invite them to pin on a group board? The result will probably be much better than on your own. Just one thing: be meticulous with the recruitment process, in order to avoid surprises on your group boards!

This is one of my favourite campaigns ever. It was held on Instagram a couple of years ago. With a low budget and huge doses of creativity, the brand Disfrazzes organised a Halloween contest.

They asked their followers to share their most frightening recipes and their most bizarre cooking disasters, with the hashtag #MonsterChef. They got near a thousand posts, all of them really creepy, and they published a hilarious ebook with some of the best. At the website http://www.monsterchef.es/ users still share their most monstrous culinary creations.

Without seeking to politically align myself here, it is a fact that political context at our country is changing and new initiatives are emerging. And so there are new trends in political communication and marketing which are making a difference.

Such is the case of Ahora Madrid, led by Manuela Carmena. At the beginning of the last local election campaign, a Tumblr was created with plenty of anonymous posters supporting ths candidate, which has continued to grow and now it is almost an exhibit on design and illustration latest trends.

Based on user-generated content, Madrid con Manuela proves that collective creativity is endless. So, whether you like Carmena’s ideas or not, I strongly recommend you take your time to view this page. 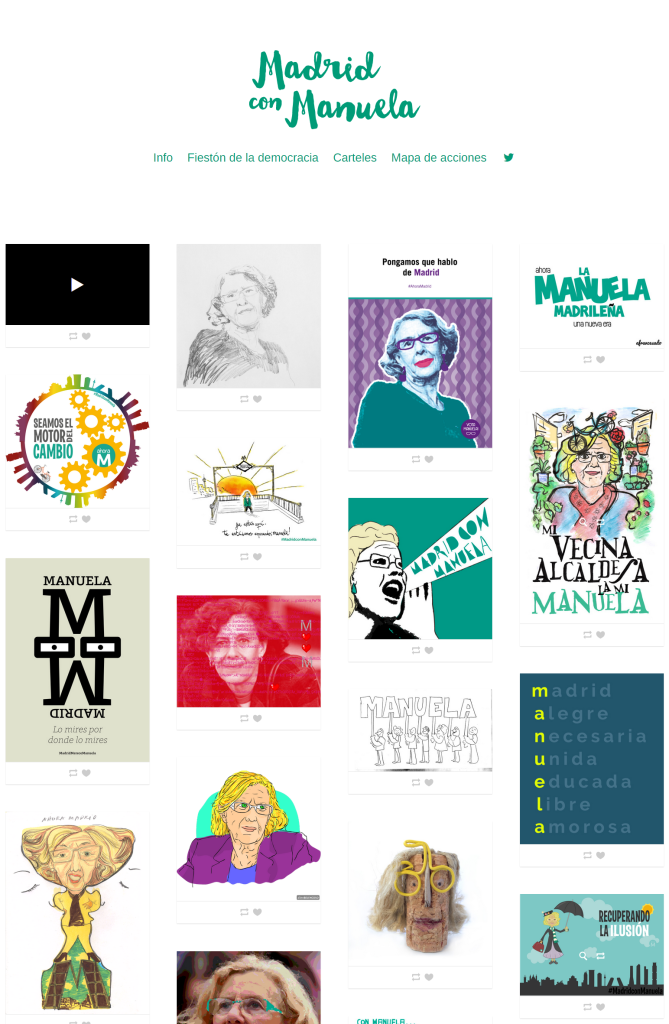 How NOT to do it: New York Police Department

User-generated content is pretty cool. But be careful what you wish for, as it might come true.

New York Police Department (NYPD) asked people to take photos with their agents in order to show the human side of their work. They even created the hashtag #MyNYPD to gather all tweets. Looking good so far, isn’t it?

But the campaign backfired, as was to be expected. If you try to renew your reputation after lots of criticism about your intervention in protests (and even accusations of brutality), encouraging people to publish photos is probably the worst thing you can do. Because this is what you’ll get:

A2. We can’t forget #MyNYPD. In this light people acted on bringing questionable practices to light #smxchat pic.twitter.com/8GiVEW7Kwi

That’s just to say that user-generated content is quite cool, but you need a proper strategy which is aligned with your content marketing plan.