4 examples of celebrity mistakes on Twitter to learn from

Nobody is perfect, not even celebrities. The bright side is that we’ve learnt so much with them about social media. Mostly about the things you should NOT do. Here are 4 illuminating examples about celebrity mistakes on Twitter.

#Turismobisbal, the best that has ever happened on Twitter

There are two reasons why many got into Twitter around 2011. One of them was the Arab Spring movement and also 15M movement in Spain, which was as important on the streets as on social media. And the other reason was the Spanish singer David Bisbal. During Egypt’s riots back then, he tweeted something without realising that it would become a milestone on Twitter’s history: 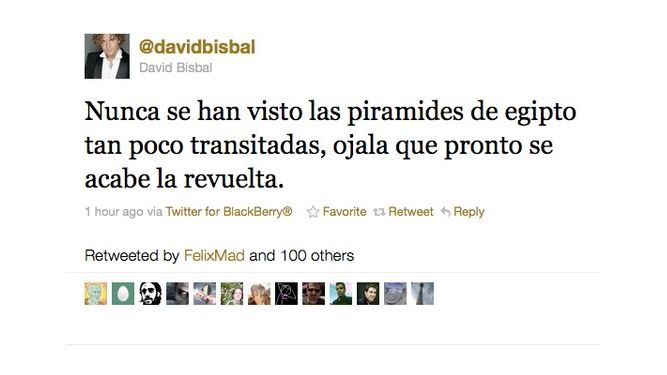 There are 3 spelling mistakes and its grammar is not the best, but the real issue is that it is an amazingly inopportune tweet. It didn’t take long before he deleted it, but it was too late: Twitter was taken over by humour. With the hashtag #turismobisbal (Bisbal Tourism), anonymous people from all over the country started letting go of their creativity and sense of humour, making fun of the singer’s credulity. My top three:

(Antarctica beaches have never been so lonely, I hope cold wave ends soon.)

(Alaska [also the name of a Spanish singer] has never been so lonely. I hope the “Pegamoides” [members of Alaska’s band] come back soon.)

Learning: if you can’t make it all, be sure to have a nice team around you to prevent these situations.

This tweet was published at some point on Paris Hilton’s profile: 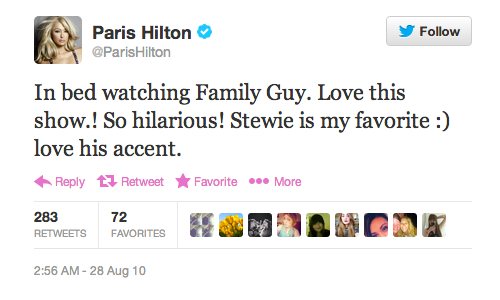 But the timing was wrong: the tweet came out minutes after Paris was arrested for cocaine possession. Obviously at jail you can’t actually watch Family Guy. It was a scheduled tweet with really bad fortune.

Learning: careful with scheduled posts, especially if you are prone to get into trouble. Spontaneity has to be as real as possible.

Mariano Rajoy and his sudden rise of followers

Although he is not exactly a celebrity, we could not forget about one of the most well-known cases about Twitter in Spain. In September 2014, Mariano Rajoy’s account earned about 60.000 new followers overnight. The reason is not yet clear, but there are many versions to the story.

Mariano Rajoy’s team, after being questioned due to the sudden rise, showed their concern with a classic we are working on it. They argued it was an external issue, and they even notified the incident to Twitter team so that they took serious measures.

“We are working to figure out who is behind this strange campaign. MR Twitter Team”

But there’s another version to the story: Podemos party leader, Pablo Iglesias, Pero hay otra versión de la historia: el líder de Podemos, Pablo Iglesias, accused the President of having purchased followers to avoid being left behind. At that time, Iglesias was just about to overtake Rajoy in number of followers.

Learning: even though it is true that social media are not for free (review 9 definitions to master Facebook), but purchasing followers is no good for your image.

Paulina Rubio and her favourite hashtag 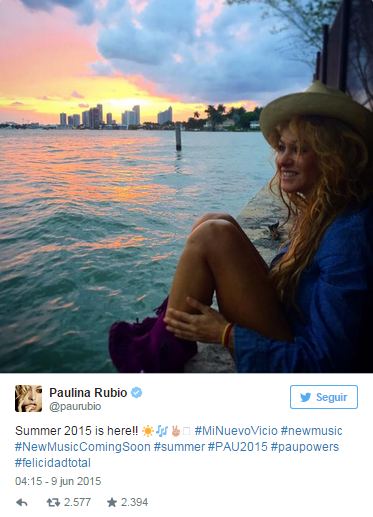 Hashtag use 101, lesson 2: before using a hashtag, figure out what it is about.

Paulina Rubio didn’t know the two basic lessons on hashtags use. On this tweet she used #PAU2015 (and 6 more), thinking it was all about herself and her tour. What esle can mean PAU, rather than Paulina? But it actually was the hashtag that Spanish students were using at that time… when they were sitting the pre-university exams (PAU – Pruebas de Acceso a la Universidad).

Learning: careful with hashtag misuse or abuse. A harmelss tweet can become a reputation crisis just with a badly placed hashtag.

Whether you are a celebrity, a brand or just someone, it’s obvious taht social media demand for common sense, dedication and, of course, lots of creativity. These 4 celebrity mistakes on Twitter prove it.